There are currently an estimated 7.4 billion people—97.3 percent of the global population—living in areas where PM2.5 concentrations exceed the WHO’s new and stronger guideline of 5 µg/m³.

India is the second most polluted country in the world and air pollution is a major health threat. EPIC’s Air Quality Life Index (AQLI) tool reveals that if India reduced its average PM2.5 pollution concentrations to the level that WHO prescribes (5 µg/m³), its people could live 5 years longer on average. In other words, if the current pollution level persists, India as a whole would lose a total of 6.5 billion life years to air pollution.

India is already taking action to reduce pollution. EPIC India is actively working with the central government and several state pollution control boards. Very recently, the Gujarat government signed a Memorandum of Understanding with Energy Policy Institute at the University of Chicago and Abdul Latif Jameel Poverty Action Lab on May 23, 2022, to set up India’s first carbon market.

Since 1998, India’s average annual particulate pollution has increased by 61.4 percent, and currently, it stands as the world’s second most polluted country. As per AQLI’s new analysis, air pollution shortens average Indian life expectancy by 5 years, relative to what it would be if the WHO guidelines were met. In the Indo-Gangetic plains of Northern India, 51 crore residents, nearly 40 percent of India’s population, are on track to lose 7.6 years of life expectancy on average if current pollution levels persist. 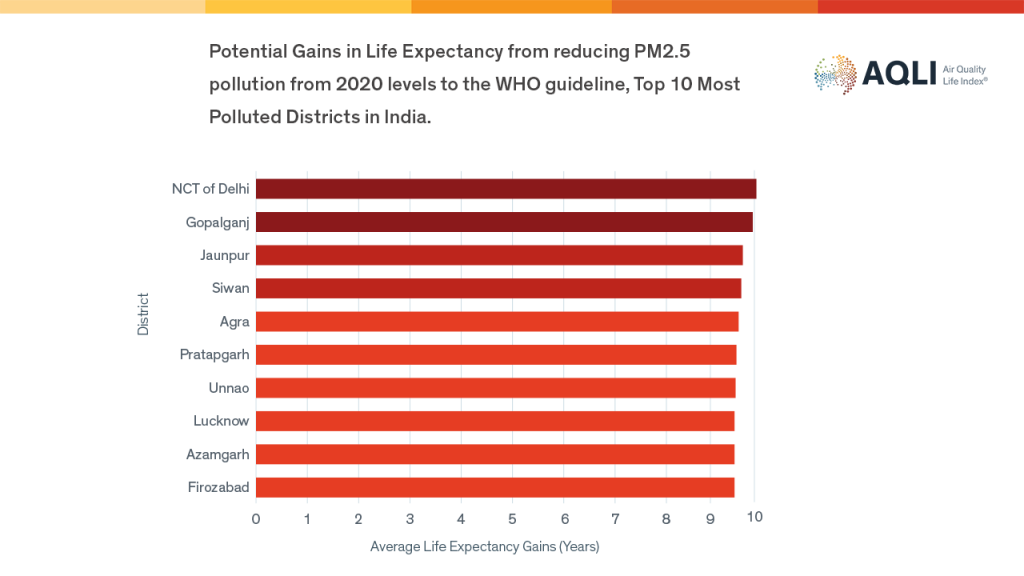 “It would be a global emergency if Martians came to Earth and sprayed a substance that caused the average person on the planet to lose more than 2 years of life expectancy. This is similar to the situation that prevails in many parts of the world, except we are spraying the substance, not some invaders from outer space,” says Michael Greenstone, the Milton Friedman Distinguished Service Professor in Economics and creator of the AQLI along with colleagues at the Energy Policy Institute at the University of Chicago (EPIC). “Fortunately, history teaches us that it does not need to be this way. In many places around the planet, like the United States, strong policies, supported by an equally strong willingness for change, have succeeded in reducing air pollution.” – Michael Greenstone, Director, EPIC 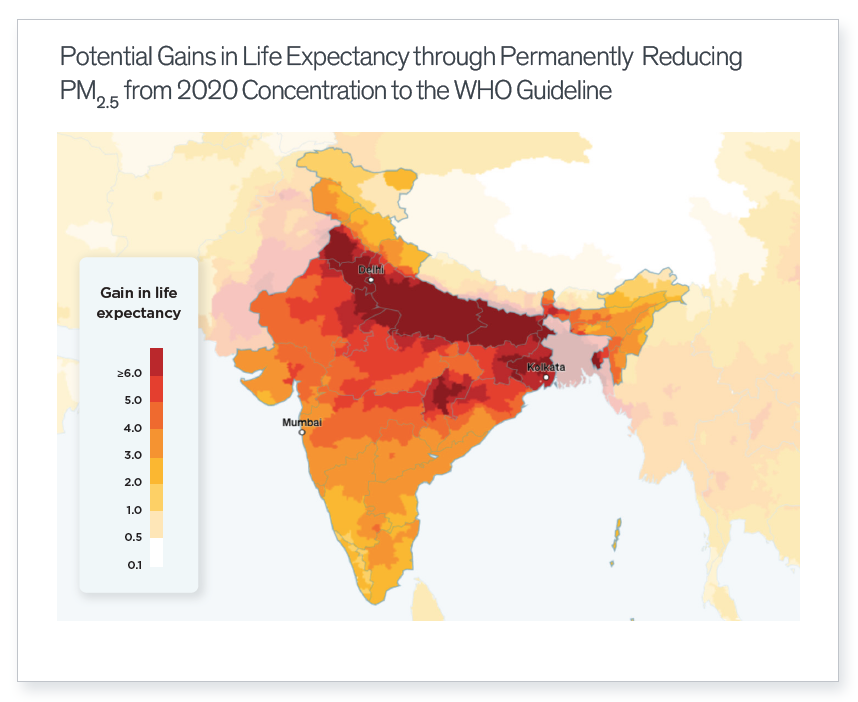 More about the AQLI

The AQLI is a pollution index that translates PM2.5 particulate air pollution into perhaps the most important metric that exists: its impact on life expectancy. Developed by the University of Chicago’s Milton Friedman Distinguished Service Professor in Economics Michael Greenstone and his team at the Energy Policy Institute at the University of Chicago (EPIC), the AQLI is rooted in recent research that quantifies the causal relationship between long-term human exposure to air pollution and life expectancy. The Index then combines this research with hyper-localized, global particulate measurements, yielding unprecedented insight into the true cost of particulate pollution in communities around the world. The Index also illustrates how air pollution policies can increase life expectancy when they meet the World Health Organization’s guideline for what is considered a safe level of exposure, existing national air quality standards, or user-defined air quality levels. This information can help to inform local communities and policymakers about the importance of air pollution policies in concrete terms.