To encourage an energy transition and ensure climate-friendly economic growth, the Government of Gujarat, India is planning to implement a cap-and-trade market for carbon emissions from large sources. The market will allow industries and power plants in the State to trade CO2 permits and an overall cap will provide the government with a flexible tool to meet climate goals. The market will be the first of its kind among today’s emerging economies, outside of China.

“The cap-and-trade market is a vital part of Gujarat’s climate strategy, and a vital part of our economic strategy,” says Gujarat Chief Minister Bhupendrabhai Patel. “With the introduction of this carbon market, Gujarat is continuing its legacy of pioneering innovative policy solutions, leading the way for others to follow in India and throughout the world.” 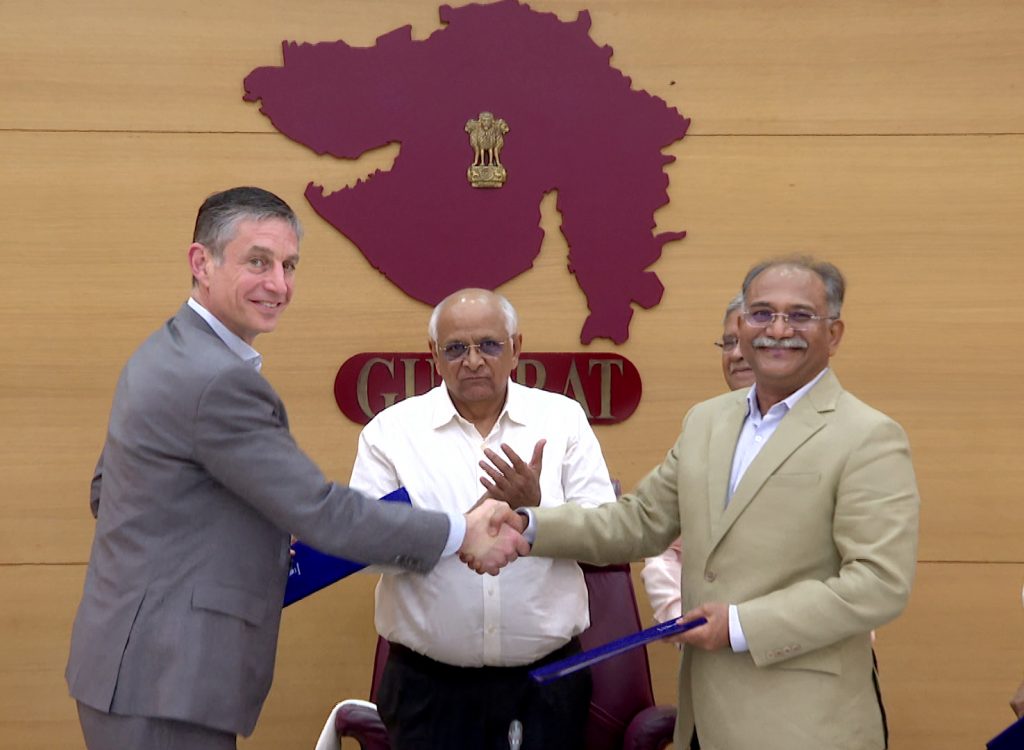 The Gujarat carbon market leverages the State’s own experience in running the World’s first Emissions Trading Market for Particulate Pollution, which began in the city of Surat in 2019. Since its launch, the Surat pollution market—which won a prestigious SKOCH award for the Best Governance Initiative this year—has reduced particulate emissions in the city by about 24 percent without any measured increase in industry operating costs. The program is now expanding to other cities within Gujarat and beyond.

Gujarat also led the way in improved environmental audits that have systematically reduced pollution in the state. The audit guidelines require environmental auditors to be randomly assigned to industrial plants and have their work double-checked for accuracy. The reforms came after a large-scale impact study showed the changes reduced pollution by 28 percent. The Government of India has said that the Gujarat reforms made a compelling case for other states.

A team of researchers from the University of Chicago, Yale University and the Abdul Latif Jameel Poverty Action Lab (J-PAL) will assist the Gujarat government in designing the CO2 market.

“Just as California has paved the way for environmental and climate progress throughout the United States, Gujarat is proving to be a trailblazer in India,” says Michael Greenstone, a lead researcher on the project and the Milton Friedman Distinguished Service Professor in Economics at the University of Chicago and director of the Energy Policy Institute at the University of Chicago (EPIC).

Rohini Pande, a co-researcher and the Henry J. Heinz II Professor of Economics and director of the Economic Growth Center at Yale University, says: “As countries begin to experience the impacts of climate change firsthand, a critical challenge is to find ways to reduce carbon emissions without unduly hampering economic growth or poverty alleviation. Gujarat’s leadership in this regard could provide an example for the world.”

Nicholas Ryan, an Assistant Professor of Economics at Yale University, and Anant Sudarshan, South-Asia Director at EPIC, are also lead researchers for the project.

Kunal Sharma, Director, Policy, Training and Communications, J-PAL South Asia said, “The economic, environmental and health benefits of the Government of Gujarat’s decision to create a carbon market will be felt for generations. Our evaluation of the emissions trading scheme in Surat has shown it is possible for businesses to reduce pollution with minimal disruption to their activities and output.”

For more information on the particulate pollution markets, visit: cleanairmarkets.in.