The health risks associated with rising air pollution levels, specifically particulate matter, are well documented. With 122 non-attainment cities identified so far, a significant portion of the Indian population is exposed to air quality that is considerably worse than nationally and internationally accepted guidelines. The situation is particularly grim in the densely populated Indo-Gangetic plain. Considering the enormity and severity of the challenge, the Government of India has launched a National Clean Air Program with the goal to reduce particulate matter concentration by 20-30% by 2024.

However, without public engagement and understanding of air pollution and its insidious linkages to health, achieving cleaner air in a time-bound manner may remain a pipe dream. Researchers at the Energy Policy Institute at the University of Chicago (EPIC), have developed the Air Quality Life Index (AQLI), which measures the potential gain in life expectancy that communities could see if their districts reduced air pollution to comply with the World Health Organization (WHO) guideline or National Ambient Air Quality standards. For instance, the AQLI estimates that Indians would live 4.3 years longer if India were to meet the guidelines set by the WHO. Thus, the power of the AQLI tool lies in the fact that the public and policymakers alike can determine the benefits of air pollution policies is perhaps the most important measure that exists: longer lives.

To intensify outreach and mainstream air pollution as a policy priority, EPIC is now launching a Hindi version of the AQLI tool so that information on air pollution and its health impacts is made accessible to a much larger population of Indians in Hindi heartland states of the Indo-Gangetic Plain, which is also one of the most polluted airsheds in the world. Post its formal launch, the Hindi-version of the AQLI tool will be publicly available and easily accessible on an online platform. 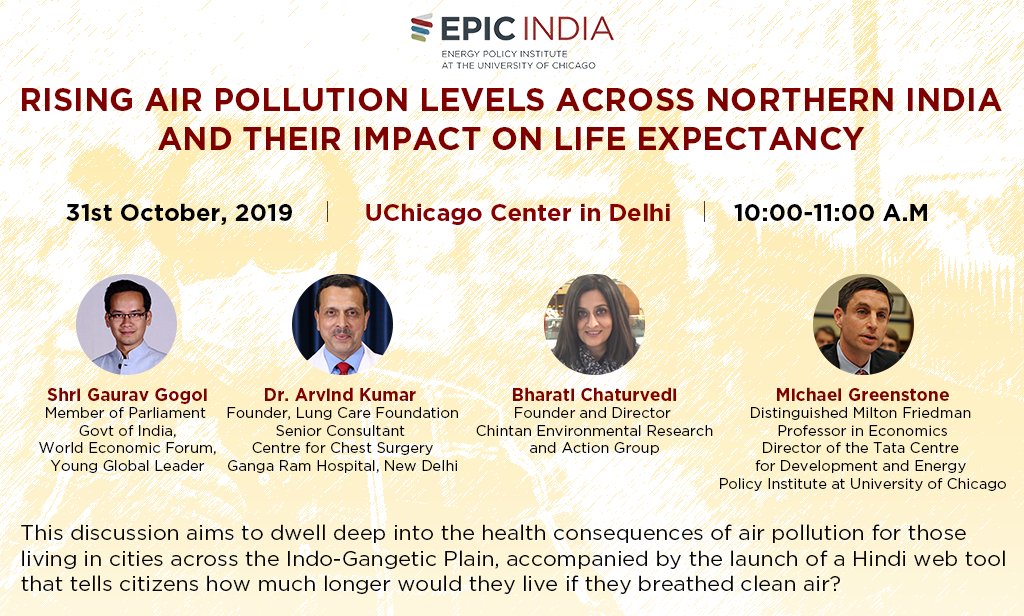