Smart metering system is a promising enabler for allowing power distribution companies to accurately measure consumer’s energy consumption and generate exact bills. However, adoption of smart meters across the country has also been dotted with challenges. To discuss the vital steps for building and enabling a smart meter ecosystem in India, sector experts gathered in a national workshop in New Delhi on June 17, 2022. This workshop titled “Future of Smart Metering in India was organized by Abdul Latif Jameel Poverty Action Lab (J-PAL South Asia) in collaboration with the Rural Electrification Corporation (REC) Limited and the Energy Policy Institute at the University of Chicago (EPIC India). The workshop saw the participation of more than fifty experts from discoms, research, and policy arena, among others.

Kunal Sharma, Director of Policy, Training, and Communications, J-PAL South Asia, gave the opening remarks, followed by introductory reflections by Sh. R. Lakshmanan, Executive Director, REC Limited. Setting the stage, Sh. R. Lakshmanan said, “We are trying to build prepaid smart meter ecosystems across the country. In the last year, we have learned from pilots in different states, and this workshop allows us to advance our learnings based on the experience of players who have already built an advanced metering infrastructure.” 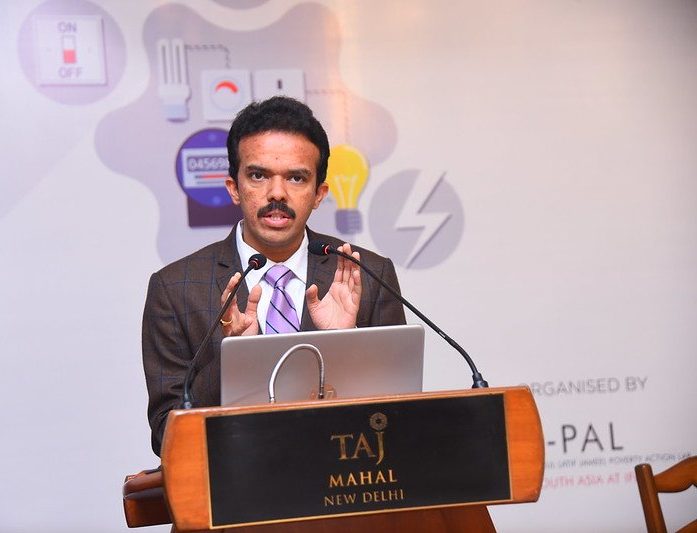 Sharing his experiences from Bihar, Sh. Sanjeev Hans, Principal Secretary, Department of Energy, Govt. of Bihar, said, “Our journey was spotted with challenges of building a prepaid architecture, arrear management, AMI system and billing system integration, and lack of consumer awareness, among others. To iron them out, we made many policy decisions such as adjusting arrears, gearing up the IT system, and putting a lot of focus on educating consumers and training DISCOM staff.” He added, “Evaluation of projects on smart metering using rigorous scientific analysis is essential, and this is where organizations like EPIC and J-PAL will play an important role.”

Participated in the National Workshop on the Future of Smart Metering in India organised by @JPAL_SA & @EPIC_India in collaboration with @RECLindia
Shared the journey of #smartprepaidmeters in Bihar pic.twitter.com/OsykTAKlP9

Based on findings from a smart metering pilot in Haryana, Dr. Anant Sudarshan, South Asia Director of EPIC, emphasized the need to run a pilot and analyze it before launching a large-scale rollout of smart meters. He said, “To better understand the benefits of smart meter to consumers or DISCOMS, it’s critical to measure the expected return on investment of installing it – both as a function of its features and consumer type. Using these assessments, utilities can make critical decisions such as which customer should be targeted first and how to benefit from a specific feature of a smart meter.”

He added, “The effectiveness of smart metering and prepaid billing needs to be scientifically tested so that DISCOMs can provide evidence of the real impact of the same. EPIC and J-PAL have been working in Haryana, Jammu, Kashmir, and Madhya Pradesh to extrapolate this evidence”.

The workshop concluded with a special address by Shri Vivek Kumar Devangan, Chairman and Managing Director of REC Limited, who applauded JPAL-SA and EPIC India for arranging this workshop. He re-emphasized the goals of the Government of India’s Revamped Distribution Sector Scheme, saying, “Our main aim is to bring down Aggregate Technical & Commercial (AT&C) losses and bring down the gap of average cost of supply, and average revenue realized. And these objectives can only be achieved by prepaid smart metering.”

JPAL-SA and EPIC India have been working in several states across India for the last few years to test smart electricity meters’ impact on consumer payments and electricity delivery.