In developing countries, nearly a billion people still live without access to electricity. In recent years, electrification has reemerged as a key priority in low-income countries, with a particular focus on electrifying rural households. The latest issue of the Journal of Economic Perspectives features a Symposium on Electricity Access in Developing Countries, authored by EPIC researchers, Michael Greenstone, Anant Sudarshan, and Ken Lee, along with others. The articles review the past decade of research on electrification in developing countries and present analyses of original data from fieldwork in Kenya and India to answer two questions. First, does household electrification lead to measurable gains in living standards or not? And second, why do billions of people in developing countries either have no access to electricity or lack a reliable supply?

“There’s no doubt that electricity is essential for nearly all modern economic activities. But some of the newer empirical work in this area shows that providing rural households with access to electricity alone is simply not enough to raise living standards,” said Dr. Lee, Executive Director of EPIC India, and co-author of one of the studies. “Electricity access is only useful if other complementary factors – like electrical appliances or roads that better connect rural areas to market centers, for example – are available. This means that the impacts of a mass electrification program may be very different for different kinds of people.”

Lee, along with colleagues at the University of California, Berkeley, conducted one of the first randomized evaluations of electricity grid infrastructure. In their experiment, which was carried out in rural communities in Western Kenya, hundreds of randomly-selected rural households were connected to the electric grid. Despite the high cost of building this infrastructure, there was little evidence of any meaningful economic and non-economic impacts, years after the connection. However, households that were willing to pay more for a connection were also more likely to acquire a variety of appliances; become employed or own a business; and experience an increase in total assets.

Even if households are connected to grid electricity, the benefits of electrification can be limited by poor reliability and frequent outages. These are major issues in many settings across India, where the lack of access to electricity or reliable supply is a consequence of electricity being treated as a right, finds the second study titled The Consequences of Treating Electricity as a Right which has also been published in the JEP’s symposium. “It is critical to provide lifeline style electricity to the poorest, but doing so in a way that causes electricity markets to fail harms everyone. Our view is that no solution will work in the end, unless the social norm that electricity is a right is replaced with the norm that it is a regular product, just like food, cell phones, etc.,” said Michael Greenstone, the Milton Friedman Distinguished Service Professor in Economics at UChicago and director of EPIC, and co-author of this study.

Greenstone, along with colleagues at the University of Chicago, the London School of Economics, and Yale University, has been working with the electricity distribution utilities in Bihar to identify ways to improve revenue collection. In their experiment in Bihar in eastern India, they found that less than half of consumers of all income levels paid their electricity bills. This indicated that bigger consumers of electricity are just as likely to fail to pay their bills as smaller ones, underscoring that this is not a matter of an expensive redistribution program but a feature of the entire electricity market. 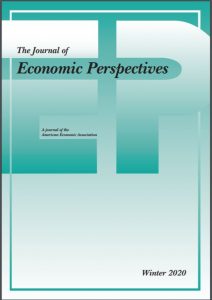